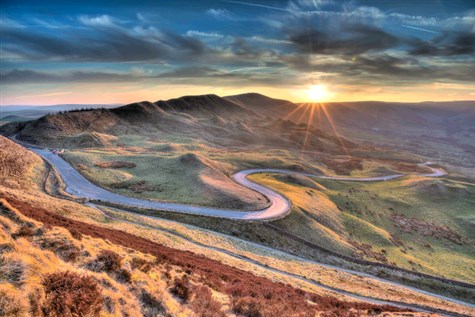 Buxton is a thermal spa town nestled in the UK’s oldest National Park.  With its stunning ornamental gardens and world famous Georgian and Victorian architecture, the town is one of the most popular tourist attractions in the region.  Step back in time in the atmospheric setting of Eyam, known as the ‘Plague Village’, and lying in the lee of mysterious Mam Tor, locally known as ‘Shivering Mountain’, Castleton is one of the most beautifully situated villages in the White Peak.