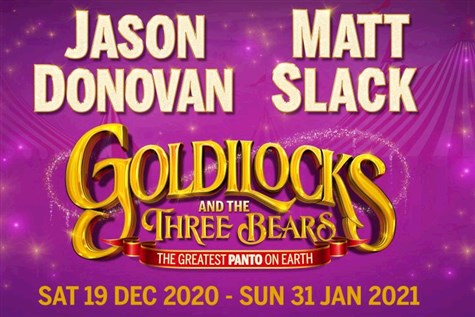 Dame Betty Barnum and her daughter Goldilocks’ circus is under threat from an evil rival circus owner and, with the help of their madcap circus friends, they’re battling to rescue their Big Top from ruin. Will they succeed? All seems lost, until three brilliant bears join the gang…

Featuring sets and costumes direct from The London Palladium, Goldilocks and the Three Bears will be packed with riotous comedy, extraordinary special effects, hair-raising stunts and international circus acts.

Roll up, roll up to see panto join the circus, and be swept away by Birmingham Hippodrome’s must-see festive extravaganza, the panto that’s just right!

Prices and discounts subject to change, postage from £1.50.