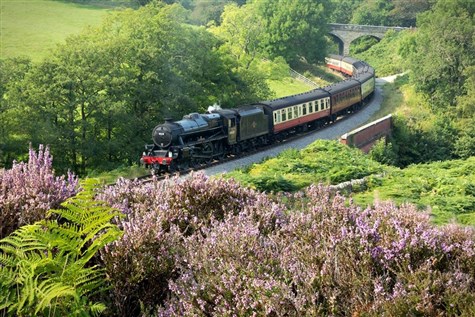 We travel to Pickering, and the 1930’s themed station, to board the railway which featured in the hit TV series Heartbeat.  We journey to Grosmont, where our coach will collect you and take you to Goathland, the fictional ‘Aidensfield’, where many of the landmarks from the series are recognisable including the stores, garage, public house and the railway, which also became Hogsmeade Station in the Harry Potter films.  We finish the afternoon in the seaside resort of Whitby, with its rich maritime history, connections to Bram Stoker’s Dracula and Captain Cook and glorious Abbey ruins.